Sometimes good things come out of chaos. I had picked up drumsticks at the store, they were on the menu. That part was planned. I usually do a simple crockpot recipe where I put the drumsticks in and I throw the BBQ sauce on top and we are all good. This particular morning I was hurried and tired, but my culinary mind had other ideas. After I threw my usually ingredients in, I thought, “I don’t want only BBQ, I want chipotle flavored drumsticks.” So I ran to the pantry and pulled out the chipotles. Then I thought, “How about honey chipotle?” I ran back to the pantry for the honey. The rest of the recipe evolved in the same way. I was already running late and there I was talking to my crockpot. I wish I could say this was unusual, but honestly, it’s not.

The result of this was a total win. It’s an easy recipe with great flavor. It is a perfect busy weeknight meal that tastes so good. The flavor is rich and it feels like a meal that took hours to fix when it was just tossed in the crockpot.

I got the six pack of drumsticks, which is enough for my husband and I. Depending on our hunger level there may be some leftovers. First, I put the drumsticks in the crockpot.  I cover them in about half a bottle of BBQ sauce. I use Sweet Baby Rays. Next add about 1/4 cup of honey. (Also always season your meat! I use salt and pepper in this recipe since there are enough flavors as is).

Then add about 4 Tbsp of Adobo sauce and 2-3 chopped chipotle peppers. If you like spicy, add a few more peppers. Then add about 1/4 of a onion chopped. If you LOVE onion add 1/2 an onion.

Put the crockpot on low and cook for 6-8 hours. That’s it. When you come home, it’s done and everyone is happy and has sticky BBQ hands. The world is full of love and full stomachs.

I serve mine with chopped cilantro on top.

Here is to talking to kitchen appliances, 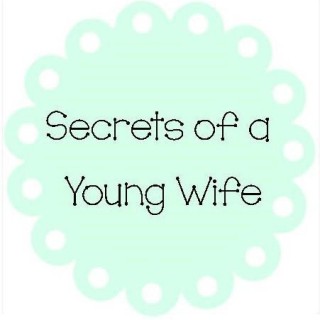